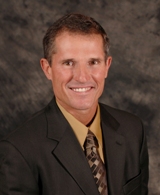 Givens currently serves as a trustee for the Miami Fire Fighters’ Relief and Pension Fund, a retirement plan for firefighter employees serving the citizens of Miami. The fund provides retirement benefits to roughly 720 active and 270 retired beneficiaries. The fund started 2019 with roughly $136 million in assets under management. Givens began his service on this fund in 1980 and was chairman from 1981 to 2006. From 2006 to 2013, he served as administrator of the fund. Subsequent to his retirement, he was reappointed to the board, where he continues to serve.

Givens served as a firefighter for 35 years with the City of Miami Fire Department. He continues to serve with the International Association of Fire Fighters (IAFF) and the Florida Professional Firefighters, dealing with pension matters such as legislative changes to Florida public pension law and federal tax law changes. He is a member of the Florida Public Pension Trustees Association (FPPTA) and has completed the Certified Public Pension Trustees program. He was a trustee during the creation of the Miami Association of Fire Fighters Health Benefit Trust.