NCPERS kicked off the 2014 Annual Conference & Exhibition on Monday, April 28th, 2014 at the Sheraton Chicago Towers in Chicago, IL.

NCPERS kicked off the 2014 Annual Conference & Exhibition on Monday, April 28th, 2014 at the SheratonChicago Towers in Chicago, IL. NCPERS president, Mel Aaronson welcomed the membership with his opening remarks; he discussed how now more than ever we need to come together in events like this to share our challenges and the lessons learned from failures. Mel also discussed all that NCPERS has accomplished this year: NCPERS NCOIL (National Conference on Insurance Legislators) testimony in opposition to Senator Orrin Hatch's proposal to turn public pensions over to private insurance companies, the defeat of San Jose Mayor Chuck Reed's California Rule ballot measure designed to eliminate constitutional protections for California public employees' benefits, and NCPERS push back against the Laura and John Arnold Foundation and Pew Charitable Trusts.

NCPERS first vice president, Daniel Fortuna introduced the keynote speaker, Carl Tannenbaum from Northern Trust. Tannenbaum gave the economic update for the current year; American fiscal policy is in much better position than it was last fall, the transition at the federal reserve should be a smooth one and how risks to the outlook are primarily from overseas- Europe and China.

In addition, he explained the current wealth restoration and the rally in equity markets, how families are getting their debt back under control and are able to participate in the economy, the current US fiscal policy and 2013's debt reduction, the Fed's mandate to bring full unemployment down and target of 2% inflation, and finally, Europe and China's current challenges and how they affect the US.

The morning continued with a panel on big date and the global financial system. The panelists consisted of: NCPERS Advisor, Rich Protasewich with State Street Global Services, James Malvey with BNY Mellon, and James Mackison with the Washington State Investment Board as the moderator.The panel discussed why we are hearing so much about this topic, current trends and challenges, and if the benefits of big data are overhyped.

The last general session speaker, Robert Klausner of Klausner, Kaufman, Jensen & Levinson, gave members an update on the Detroit bankruptcy and other important legal issues. The Detroit unions are in current negotiations to make a deal, however the bond holder insurance companies are the most unhappy of Detroit's creditors. Klausner discussed the February ruling in Arizona on if judges' cost-of-living-adjustments (COLAs) are protected under the constitution (yes) and the current case of Baltimore City; the city cut fire and police benefits substantially, a federal judge ruled the city can cut actives' benefits, however Baltimore City has a pension provision in the constitution; the case

is currently under appeal.

Stay tuned for information on the second day of the Annual Conference. 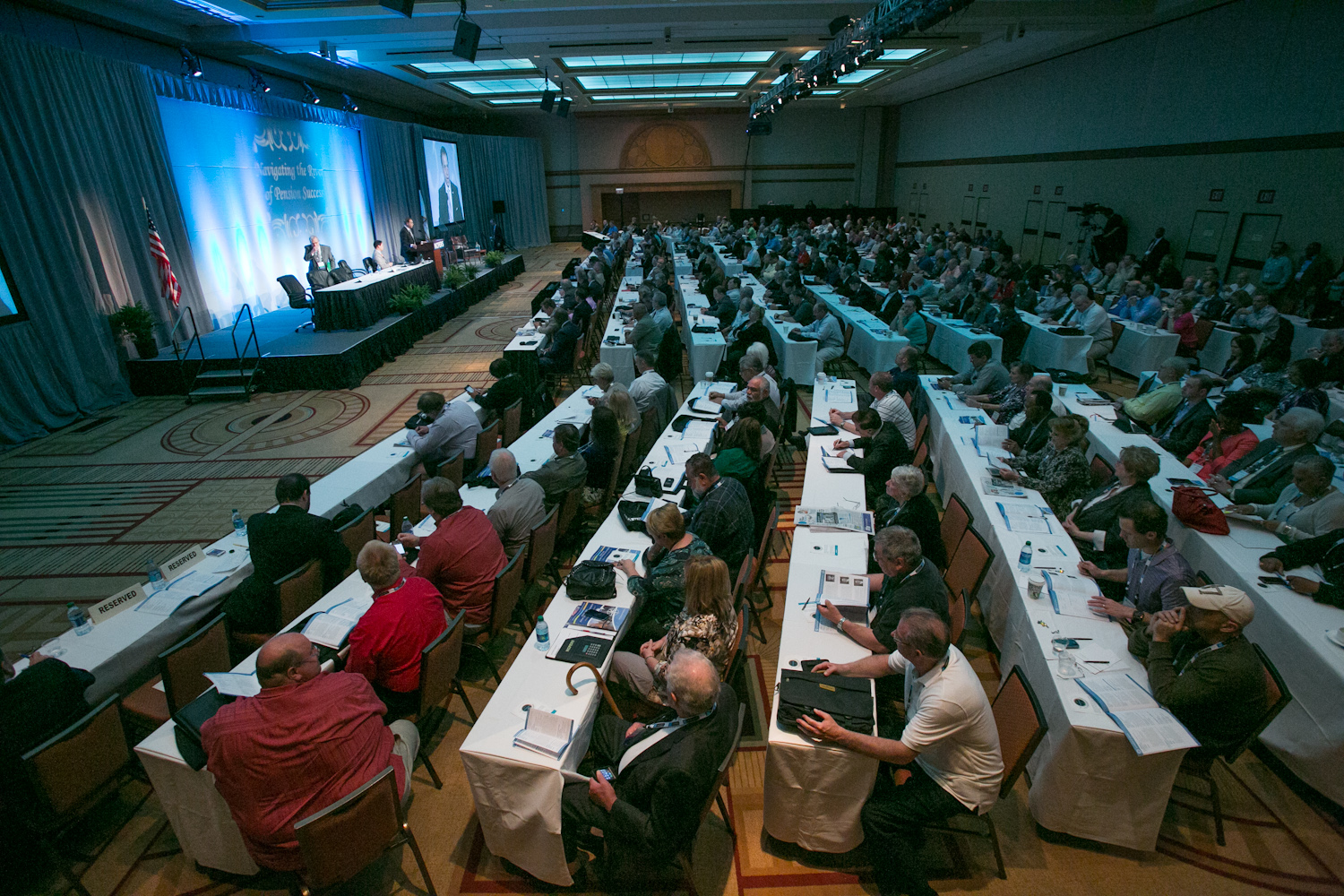