On the Front Lines: Washington

NCPERS second installment of our On the Front Lines series brings us to Washington.

On the Front Lines: Washington

Washington State has been on the bleeding edge of the Covid-19 crisis since January 21. That was the day the federal Centers for Disease Control and Prevention made the first positive diagnosis of the illness in the United States. The patient resided in Snohomish County, Wash.

Since then, Washington has logged more than 10,000 confirmed cases, including more than 500 deaths in a state with 7.5 million citizens.

The outbreak meant that Washington was one of the first states to start closing schools and to enable employees to work remotely—and the Department of Retirement Systems (DRS) responded quickly, said its director, Tracy Guerin.

By mid March, a significant number of DRS employees were teleworking. “First we sent home people who were at high risk—those over 65 and those with underlying health conditions. When schools closed, we sent parents out,” Guerin said. Fortunately, DRS was already amassing experience with teleworking, as it was in the midst of a pilot a work-from-home program involving 30 team members, she added.

Guerin said she had expected DRS's teleworking pilot program to lay the groundwork for the staff to be able to work remotely by the end of 2020. Covid-19 upended that plan, and “instead, we accomplished it in a few short weeks. Now we're there,” she said.

DRS consists of 15 plans across eight systems, which cover all of the state's public employees, totaling about 335,000 active members and 197,000 retirees and beneficiaries. It brings in $4.6 billion a year in contributions and pays out $5.6 billion in benefits.

As the Covid-19 outbreak intensified in Washington, one of the first responses was to pull back on travel. The State Investment Board did so at the end of February and DRS followed suit about a week later, Guerin noted.

By the second week of March, DRS was shifting employees to work-from-home arrangements, a development that accelerated when Governor Jay Inslee announced schools would be closed beginning March 17. By March 23, 85 percent of the work force was operating remotely.

That was the day Inslee issued a proclamation ordering people to stay home except for essential activities. Immediately, the Retirement Systems' continuity of operations plan was invoked. Within three days, the percentage of workers who were teleworking jumped to 92 percent.

As the number of teleworkers grew, there was a bit of a scramble to procure enough headsets and soft phones. “Fortunately we had decided March 12 or 13 to order enough virtual private networks (VPNs) for everyone,” Guerin said. “We were ahead of the curve, because people were scrambling the next week.”

While it was realigning working arrangements, DRS also had to make and communicate decisions about member services.
“One of the most important customer messages we are sending is that it's business as usual,” Guerin said. “I don't think we can say that enough times. We may not be in the building, but that doesn't mean we're not working on their behalf.”

By early March, DRS had informed all members that it would not be offering its usual array of in-person seminars. The programs are particularly well attended by teachers and school employees over spring break. “We let them know very early that we would get to them through webinars and still try to meet their needs,” Guerin said.

DRS's lobby was open until March 17, but as cases in Washington spiked, Guerin decided to close it. During the early weeks of the crisis, lobby traffic actually edged up as members, many of whom were teleworking themselves, seemed to crave contact.

“We had people saying, ‘I'm teleworking and I just decided to come in and say hi,'” Guerin said. Her team had to balance offering the personal service members expected with protecting the community, including DRS workers. In one case, a team member came into the office to print materials and hand- deliver them to a member who waited in her car. Some hand-holding goes with the territory: “Some members are not technologically savvy. They want confirmation that their paperwork was received and that they filled out forms correctly,” Guerin said.

Guerin said that DRS was able to make big transitions for members and employees because it had a strong continuity of operations plan and had mobile technology on every desk. “We were much better positioned than many organizations,” Guerin said.

The continuity of operations plan is tested regularly. “We know how to get people computers and phones. We know how to bring in money and process retirements,” Guerin said. “It is really top of mind for us.”

However, she said, the Covid-19 outbreak has driven home the fact that there's more that can be done. “We actually need to do this exercise as a whole agency for a few days every year. We need to empty out the building, and operate remotely for 24 to 48 hours,” Guerin said.
Other lessons are emerging, too.

“We worry about members being susceptible to scams, and we are reminding them about that,” Guerin said. “And we worry about team members who are home for weeks on end. How do we help our leaders hold virtual meetings that are meaningful and still personal?”

DRS has decided that blowing off steam can help employee cope with the challenges of working remotely. DRS has been asking workers to share funny stories about working in the company of children and pets and is sharing them in a daily newsletter.

Guerin's takeaways? “We need to be even more ready than we were. We need to actually practice for disruptions and not just have a plan on a piece of paper. And we need to over-communicate with our members so they don't make the mistake of making financial decisions in a panic.” 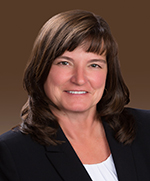