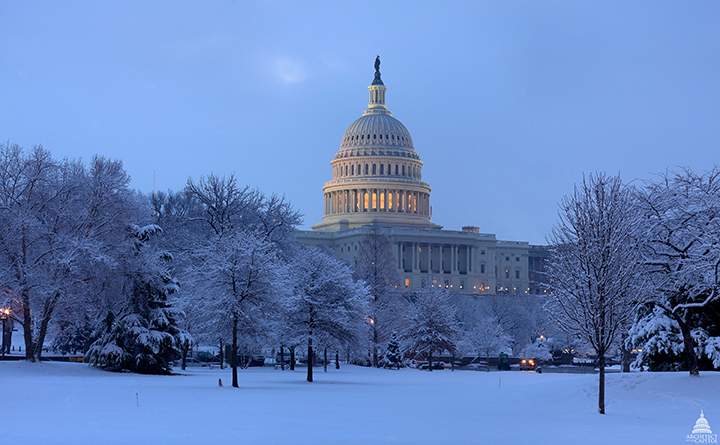 As we kick off 2023, it's a busy time of year in Washington. Newly elected officials are being sworn in and the 118th Congress is convening for the first time (although it has been a chaotic start).

Here at NCPERS, we're preparing our 2023 policy agenda as we get ready for this month's Legislative Conference and Pension Communications Summit. We're also welcoming two new employees: Bridget Early, our Director of Membership and Strategic Alliances, and Destini Striggles, our Member Services Coordinator. While they're both new to NCPERS, they're not new to public pension advocacy. Bridget previously led the National Public Pension Coalition, and Destini joins us from the National Institute on Retirement Security.

But there are many fresh faces in Washington who are less familiar with the benefits of public pensions, and educating these new members will be a priority this year.

Last month, we hosted a webinar where Bridget Early and Tony Roda reflected on the state and federal developments that impacted public pensions in 2022 and the issues to watch in 2023. An analysis done prior to the election showed that 32 of the top legislative leadership positions across the country were going to include new leaders. As Bridget pointed out, not only will we have new lawmakers, but new legislative leaders who are going to determine committee assignments and caucus priorities. This will be an important area to focus on this year, and certainly a topic we'll be speaking to later this month at the Legislative Conference.

A potential positive for the coming year is that many public sector employers are recognizing the positive impact that defined benefit pension plans can have on staff retention.

In 2022, Alaska in particular saw the negative impacts of closing their DB plan. “There's nothing really keeping teachers and public employees in Alaska because there's nothing to build towards when it comes to a DB plan,” Bridget noted. These recruitment and retention issues are costing the state around $20 million per year on top of the loss of secure revenue that was going in with the previous plan design, she estimated. House Bill 55, which would create a new pension fund for police and firefighters, advanced last year. As staff recruitment and retention continues to be a major issue across industries, we're hopeful there will be more positive momentum.

With the increasing politicization of ESG, it's no surprise that we're beginning to see an increase in lawmakers trying to legislate how investments are made. The American Legislative Exchange Council has already developed a framework to ‘fight' ESG investment schemes.

We anticipate this will continue to play out in 2023. During last month's webinar, Tony said “I expect there to be legislation in the House on ESG…the House Republicans see ESG as great political fodder, and I think they're going to use the issue throughout Congress.”

NCPERS will of course continue to keep members up to date on the latest state and federal issues impacting public pensions. I encourage you to join us in Washington on January 22-24 at NCPERS Legislative Conference to learn more about the policies that may impact your fund this year.